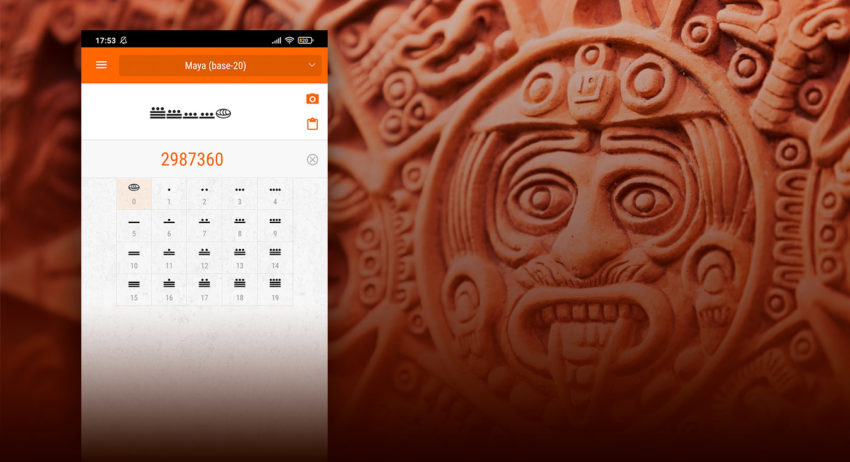 Added Mayan number system. Found in the Other Positional group.

The Mayan numeral system was the system to represent numbers and calendar dates in the Maya civilization. It was a vigesimal (base-20) positional numeral system. The numerals are made up of three symbols; zero (shell shape, with the plastron uppermost), one (a dot) and five (a bar). For example, thirteen is written as three dots in a horizontal row above two horizontal bars; sometimes it is also written as three vertical dots to the left of two vertical bars. With these three symbols, each of the twenty vigesimal digits could be written.

Detailed information about the system can be found in the Wikipedia article.